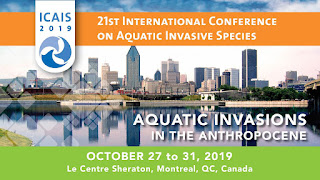 SAVE THE DATE!
International Conference on Aquatic Invasive Species (ICAIS) 2019 will be the premier scientific conference on aquatic invasive species issues that will offer new experiences for all participants, plus unique professional development opportunities for students and young professionals.

Key topics that will be covered during next year’s conference include:

Download the Call for Abstracts Announcement.
Posted by The Association of Fish and Wildlife Agencies at 10/09/2018 09:10:00 AM

“We are happy to report that state and provincial fish and wildlife management is indeed guided by a broad range of scientific information, deployed by individuals who have extensive scientific training, in order to conserve our nations natural resources for future generations,” said Ed Carter, President of the Association of Fish and Wildlife Agencies and Executive Director of Tennessee Wildlife Resources Agency.  “Our state fish and wildlife agencies use all means at their disposal to manage and conserve their most valuable resources, our fish and wildlife, along with clean air, water, healthy forests and agricultural lands that support all of us.”

Artelle et al. (2018) Miss the Science Underlying North American Wildlife Management highlights several key errors in the original Artelle et al. paper.  First, Artelle et al. confuse the process of conducting scientific research with the process of managing wildlife or other natural resources: while wildlife and natural resource management is informed by science, management activities may not always conform to the same principles and format as a scientific research project.  Furthermore, the primary source of information for the Artelle et al. paper was a series of wildlife management reports and documents that they downloaded from agency websites; these authors did not actually meet with state and provincial wildlife agency managers to learn how science is applied in real-world wildlife management.  Artelle et al. identified a set of “hallmarks of science” and then examined their collection of documents and reports from agency websites to see if these “hallmarks” appeared in these management documents.  Artelle et al. mistakenly concluded that an absence of their “hallmarks of science” from agency documents meant that these documents are not grounded in science, when in fact scientific information is considered by wildlife managers at each step in the decision-making process.


The Association of Fish & Wildlife Agencies (AFWA) is seeing a Director of Leadership Development based out of the AFWA offices at the National Conservation Training Center in Shepherdstown, WV. The selected candidate will lead the Association’s leadership development offerings focusing on three key areas: (1) State agency multi‐level leadership products and services including online offerings and regional adaptive leadership workshops; (2) State agency focused leadership level consulting and training; (3) Conservation community‐wide engagement through the National Conservation Training Center. The selected candidate will ensure that these offerings are meeting the needs of AFWA’s members and our conservation partners and that they are successfully implemented through effective operations, management and staff leadership. 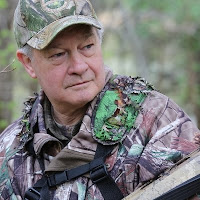 The membership of the Association of Fish & Wildlife Agencies elected Ed Carter, Executive Director of the Tennessee Wildlife Resources Agency (TWRA), as its new president during its 108th Annual Meeting in Tampa, Florida.

In accepting AFWA’s Presidency, Carter reflected on the critical importance of the Recovering America's Wildlife Act as well as all the accomplishments made by the Association over the past year under the leadership of Past-President Virgil Moore, Director of the Idaho Department of Fish and Game.

“Thank you for this opportunity and honor to serve in this capacity,” said Carter. “I am looking forward to personally working with all of the state and federal agencies, partners, and friends towards our common conservation goals. It is of great importance that we work together to conserve the fish and wildlife that are among this nation’s most valuable resources, along with clean air, water, healthy forests and agricultural lands that support all of us.”

Other priorities on Carter’s agenda include passage of The Modernizing the Pittman-Robertson Fund for Tomorrow’s Needs Act, engagement with federal ESA issues, and Chronic Wasting Disease. Carter also plans to continue efforts towards strengthening partnerships and increasing our efforts on hunting, shooting sports, angling and boating recruitment, retention and reactivation initiatives.

Carter will serve as AFWA President through September 2019.

“Ed Carter is a true leader in conservation with a wealth of knowledge and experience,” stated Virgil Moore, Director of the Idaho Department of Fish and Game and 2017-2018 President of the Association of the Fish and Wildlife Agencies. “Ed brings new energy and insights that will be invaluable to the Association and its members as we forge ahead through the challenges of today.”

Carter’s career began with the TWRA in 1972. He served as an education representative, hunter education coordinator, education and law enforcement training officer and a Region II assistant regional manager over the 25 counties of middle Tennessee. . He became TWRA’s Chief of the Boating Division when the division was formed in 1990. TWRA is the sole state agency charged with the responsibility for boating safety and law enforcement. Carter was named the Executive Director of the Tennessee Wildlife Resources Agency in 2009.

“Ed Carter has been a true champion of wildlife and conservation for more than 46 years,” said Kurt Holbert, Vice Chair of Tennessee Wildlife Resources Commission. “I have no doubt that he will continue to make Tennessee proud by leading the advancement of those interests on a national scale. “

Ed carter has chaired numerous AFWA committees and task forces during his tenure in Tennessee. He will also receive the University of Tennessee Institute of Agriculture Meritorious Award, the Institute’s highest and most prestigious award, later this month.

A native of Hawkins County, Carter is a graduate of the University of Tennessee. He and his wife of 44 years, Karen, have three adult children Mark, Tracie, and Christie.

The full list of the Association of Fish & Wildlife Agencies elected 2018-2019 Officers and Executive Committee: 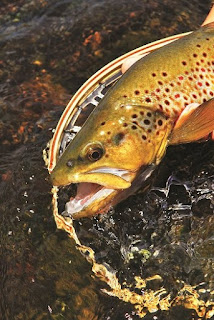 The Association of Fish and Wildlife Agencies applauds the memorandum issued by Department of the Interior (DOI) Secretary Ryan Zinke, on September 10, which reaffirms the primary authority of state fish and wildlife agencies to manage fish and wildlife within their borders, including on DOI land.  The Memorandum states ‘The Department recognizes States as the first-line authorities for fish and wildlife management and hereby expresses its commitment to defer to the States in this regard except as otherwise required by Federal law.’
The memorandum is based on a policy, adopted in 1983, that recognized the primary state authority regarding fish and resident wildlife in the absence of specific, overriding federal law (43 C.F.R Part 24). The memorandum was announced last week by DOI Deputy Assistant Secretary for Fish, Wildlife and Parks, Aurelia Skipwith, at the annual meeting of the Association of Fish and Wildlife Agencies.  In this announcement, Skipwith stated that this memorandum is intended to clarify the relationship between the states and the DOI bureaus and offices, to strengthen the joint state-federal conservation partnership, and to enhance public opportunities to enjoy the benefits of the Nation’s fish and wildlife.
The memorandum includes three key action items:

Ed Carter, President of the Association, expressed gratitude for this important statement and that “he is looking forward to working with the DOI bureaus in furthering our collaborative commitment to our nation’s great outdoor recreational heritage and conservation stewardship.”
Click here for full press release.
Posted by The Association of Fish and Wildlife Agencies at 10/01/2018 02:43:00 PM 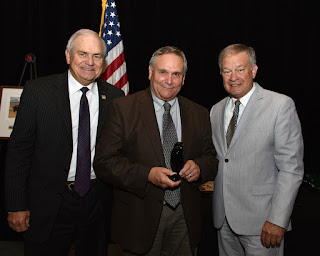 September 14, 2018- The Association of Fish & Wildlife Agencies applauds passage, in the U.S. House of Representatives, of bipartisan legislation to modernize the Pittman-Robertson Wildlife Restoration Act (HR 2591). Without increasing taxes or existing user fees, this bill clarifies that the Pittman-Robertson fund can be used by state fish and wildlife agencies for outreach, communication, and education of hunters and recreational target shooters, including focused efforts on the recruitment, retention, and reactivation of hunters and recreational shooters through R3 initiatives.
“HR 2591 will give state fish and wildlife agencies the flexibility to meet the needs of our constituents while allowing us to continue to meet our wildlife conservation objectives,” said Ed Carter, President of the Association of Fish and Wildlife Agencies and Executive Director of Tennessee Wildlife Resources Agency. “This bill with help ensure that funding for wildlife conservation will keep pace with the demands of our citizens and our communities.” “With a national decline in outdoor recreational activities, Pittman-Robertson funds are shrinking and our state and local habitats are suffering, which is why I have been fighting to give states more flexibility in how they use their PR funds and hopefully attract more Americans to the outdoors in the process,” said Rep. Scott. “I am very pleased the House passed my PR modernization bill, and I thank Chairman Rob Bishop for his commitment to this legislation as well as to sportsmen and women across the country. As this bill heads to be considered in the Senate, I will keep pressing until our decades-old wildlife conservation funding model receives the critical updates it deserves.”
The Modernizing the Pittman-Robertson Fund for Tomorrow’s Needs Act (HR 2591) passed out of the House Committee on Natural Resources by unanimous consent on May 8, 2018. The full House approved the Bill on September 12, 2018. A companion bill awaits action in the Senate.
Click here to view full press release.
Posted by The Association of Fish and Wildlife Agencies at 10/01/2018 02:38:00 PM