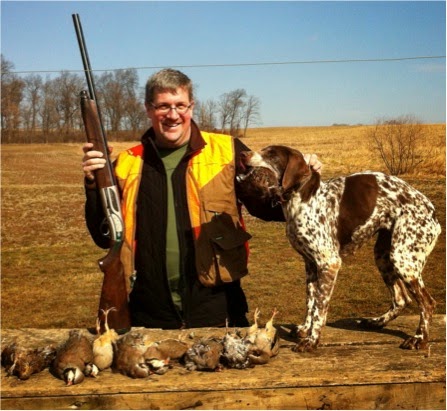 The Association of Fish & Wildlife Agencies welcomes John Lord as its new Director of Operations. In this role, Lord will focus on business and investment planning, budget and contract oversight, administrative policy, funding opportunities and more. He also will oversee AFWA’s office relocation to the NoMa neighborhood of Washington, DC in Spring 2015.

Lord brings more than 15 years of experience as an accomplished association administrator and a track record of successful financial management, operations, fundraising and staff leadership.

Most recently, he was the Division Director of Operations and Membership at the American Association of Family & Consumer Science, where he was responsible for all aspects of operations including facilities, finances, human resources, IT, accounting and membership services. Previously, he served as a Director of Managed Society Services with the Federation of American Societies for Experimental Biology. He began his career as a Peace Corps Volunteer in Thailand.

In his spare time, Lord volunteers for the Walter Reed National Military Medical Center Chapter of Project Healing Waters Fly Fishing, which is dedicated to the physical and emotional rehabilitation of disabled active military service personnel and disabled veterans through fly fishing activities and outings.

“As a life-long fly fisherman and avid bird hunter, I am excited to be merging my passion for fish and wildlife conservation with my professional career path through this position at AFWA,” said Lord.

Lord holds an M.B.A. in non-profit management and marketing from Northwestern University’s Kellogg School of Management and a B.A. in English Literature from Dickinson College.
Posted by The Association of Fish and Wildlife Agencies at 12/08/2014 06:20:00 PM

AFWA Proudly Honors the Recipients of our 2014 Annual Awards 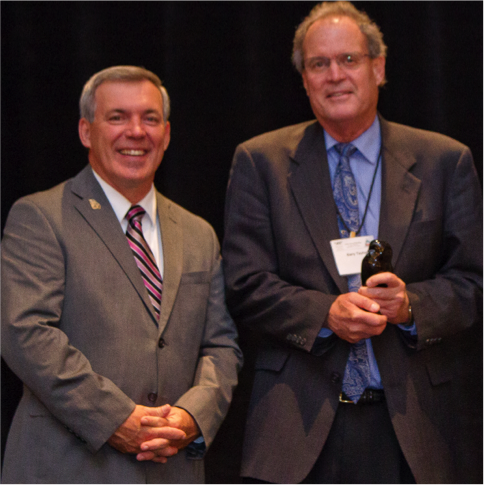 SETH GORDON AWARD
Gary Taylor received the Association’s top honor, the Seth Gordon Award for lifetime achievement in conserving North America’s natural resources in the public trust and contributing to the programs of the Association.

During the 21 years he served as AFWA’s Legislative Director, Taylor represented the collective voice of state fish and wildlife agencies before Congress and worked extensively with federal agencies to navigate difficult and often sensitive issues, build relationships and develop mutually beneficial solutions. He previously spent 19 years with the Maryland Department of Natural Resources and most recently worked as Governmental Affairs Director for Ducks Unlimited.

“Gary Taylor is known for approaching his work with the utmost veracity, vigor and passion—adhering always to the highest ethical standard,” said Curtis Taylor, AFWA’s Awards Committee Chair and Chief of the West Virginia Wildlife Resources Section. “Though most of his accomplishments have been achieved well behind the façade of credit and professional accolade, the quality and integrity of Gary’s work is a touchstone and cornerstone of national fish and wildlife policy.”

“I’ve had a very rewarding and fulfilling career being provided the opportunity to work with so many of you and our state, federal and NGO community to advance fish and wildlife conservation on the ground and later in my career through national policy,” said Taylor.  “I am particularly appreciative of the guidance, counsel and leadership of the state fish and wildlife agency directors, the cooperation of their agency staff and the dedication and commitment of my colleagues at the Association.”

JOHN L. MORRIS AWARD
The Association named Congressman John Dingell, Jr., as the recipient of the John L. Morris Award AFWA’s for citizen conservationist of the year for his exemplary leadership, commitment to conservation and undeniable sportsman’s legacy. John L. Morris, founder and CEO of Bass Pro Shops, personally announced Congressman Dingell as the 2014 recipient of his namesake award though the Congressman was unable to attend the ceremony in person.

“It is my personal honor to present this award to a life-long, tireless champion for protecting fish and wildlife for the citizens of Michigan and for all Americans,” said Morris. “Without question, Congressman Dingell’s great conservation legacy is not one that will be left behind; rather, it will forever be passed forward to people of this nation who will benefit from healthy and sustainable natural resources and who will be able to experience our great and wondrous outdoors for generations to come.”

Some of Congressman Dingell’s notable accomplishments include championing the 1972 Clean Water Act, authoring the Endangered Species Act and writing the National Environmental Policy Act. He has also delivered unwavering support and protection for Dingell-Johnson Sport Fish Restoration Act to conserve fish and their habitats.

The Big Hole CCAA Program is a group of state and federal agencies, non-governmental organizations NGOs and more than 30 private landowners dedicated to proactively addressing grayling threats at a large scale. Over the last eight years, the CCAA program has provided the opportunity to complete more than 450 habitat improvement projects, putting approximately $6 million into on-the-ground conservation.

“When conservation of fish is discussed in Montana, often the Big Hole CCAA is referenced as one of the primary success stories,” said Jeff Hagener, Director of Montana Fish, Wildlife & Parks (FWP). “This is an exemplary project that has come to fruition only due to the collaborative efforts of a multitude of individuals who have had a large role in the development and success of Arctic grayling conservation in the Big Hole Valley.”

Hagener and Emma Cayer with Montana FWP, Jim Magee with the U.S. Fish and Wildlife Service’s Partners Program and Kyle Tackett with the National Resources Conservation Service (NRCS) accepted the award on behalf of the group. The award will be hung at the Hook and Horn Trading Post in Wisdom, Montana, which has a wall dedicated to Artic grayling conservation.

Mark Reeff Memorial Award
Christopher Penne, an aquatic biologist with the Utah Division of Wildlife Resources (DWR), received the Mark Reeff Memorial Award for outstanding young wildlife management professional under 35. AFWA recognized Penne for his innovative habitat work and problem-solving abilities, which continue to produce great dividends for the aquatic resources, for his agency and for Utah’s anglers.
“It’s easy to excel when you really like what you do and when you’ve had good support. I’ve had that the whole way,” said Penne. “I’ve had really supportive parents, mentors and professors, a supportive crew in Utah and great bosses and supervisors all the way.”

For many years, Martorana has implemented a variety of practices to balance production while protecting and restoring native steelhead and salmon populations at his property on Grape Creek, a tributary to Dry Creek and the Russian River in Sonoma County, California.

The Martorana Family Vineyards has worked to address many of the critical threats that salmonids face in the Russian River and other coastal streams including loss of habitat complexity and riparian cover, barriers to fish passage, water quality issues and low flow resulting from water diversions.

“I love fishing and now I have my own son to teach the ways of the outdoors. Without fish to catch, he cannot understand the feeling one gets when a fish hits your line,” said Martorana. “My son will know that feeling as long as people like us continue to do our work to preserve our fish and wildlife resources. I accept this award for all my neighbors and all of the people who have worked on Grape Creek.”

Officer Lawshe makes excellent cases whether in freshwater, saltwater or inland environments and he readily volunteers to work special details. He is also an outstanding instructor and informal peer leader to new officers and works to introduce them to the many aspects of conservation law enforcement and encourages their involvement in the community.

“You get up every day and you go to work and you don’t always think about the impact you can make,” said Officer Lawshe. “I’d like to think that I try to do that every morning both from a law enforcement side and as a common citizen of the state of Florida. I really think that each and every contact we make as an officer is appreciated when it’s done properly.”

In accepting her Special Recognition Award by video, Senator Stabenow conveyed the importance that, “It’s not just farmers who rely on Farm Bill programs. It’s workers in the factory that processes farm products. It’s workers in the hotels and restaurants in a region where tourists and sportsmen flock to hunt wildlife and fish. It’s people who sell sporting goods and lead guided tours.”