AFWA HQ is in a whirl of activity as we prepare to move to our new office starting tomorrow. Well, I guess that's what happens when you're boxing up 100+ years of Association history. We'll be back up and running on June 2nd!

The Association of Fish &  Wildlife Agencies applauds the intent of the U.S. Fish and Wildlife Service and the National Marine Fisheries Service (the Services) announcement today to increase engagement with state fish and wildlife agencies in formulating petitions to list species under the Endangered Species Act (ESA).

As part of the Services’ proposal, petitioners would be required to consult with state fish and wildlife agencies prior to filing ESA petitions. AFWA agrees with the Services that this action is consistent with the intent of the Endangered Species Act—that listing decisions be based on the best available science.

The proposal acknowledges the states’ substantial experience, expertise and information relevant to the conservation of at-risk species. It also directs the Secretary of the Interior to account for the efforts being made by state agencies to protect species when considering listing petitions.

The Association also appreciates the Services’ recognition of the states’ jurisdiction and responsibility for managing and conserving freshwater fish, wildlife and plant species and respect for the states’ special conservation role and responsibilities. Pro-active conservation programs to keep imperiled species off the Endangered Species List are more successful and considerably less costly to American taxpayers than the “emergency room” approach that goes into effect under the ESA.

AFWA encourages Interior Secretary Sally Jewell, Commerce Secretary Penny Pritzker and the Services to continue to work closely with their state agency partners in the critical work ahead to conserve the great diversity of our nation’s fish, wildlife and plant species.


To read the U.S. Fish and Wildlife Service's official announcement, go to www.fws.gov.

Have you checked out AFWA's 2014 Annual Report yet? 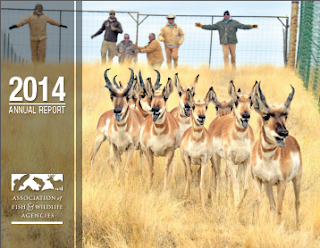 The Association of Fish & Wildlife Agencies released its 2014 Annual Report featuring cover photography by George Andrejko of the Arizona Game and Fish Department.

As AFWA’s 2014-2015 President, Larry Voyles, shares in his welcome letter, “Every hour of every day, the greatest conservation system in the world is hard at work safeguarding North America’s precious fish and wildlife resources and their habitats.”

Throughout the pages in the report, the Association considers the gas, the grease and the heart that drive the intricate machine of fish and wildlife conservation on a continental and hemispheric scale across a tapestry of public and private lands. 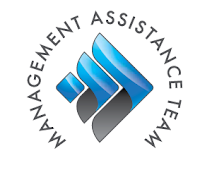 The Professional Development Programs Manager is a key member of AFWA's Management Assistance Team (MAT) located in Shepherdstown, WV on the campus of the National Conservation Training Center. MAT is the Association’s professional development (PD) unit, which supports state fish and wildlife agency management, leadership and other programmatic needs.

The Programs Manager is responsible for research, planning, design, development and evaluation of PD programs, as well as the facilitation of those programs, including instruction.

If you would like to learn more about this career opportunity, go to www.matteam.org/announcement-position-opening/. The application period is open through June 5 or until filled.
Posted by The Association of Fish and Wildlife Agencies at 5/13/2015 03:50:00 PM

The conservation actions implemented through these projects are designed to conserve freshwater, estuarine and marine habitats essential to the many fish and wildlife species that call these areas home. These examples of conservation have been fundamental to the overall success of the National Fish Habitat Partnership since 2006.

“Success in conservation often doesn’t happen overnight,” said Kelly Hepler, Chair of the National Fish Habitat Board. “We are highlighting these projects today with both long and short-term goals in mind. We are working through our regional partnerships in an effort to conserve these great waterways and reverse declines in suitable fish habitat. In our 9th year of this annual campaign, we are beginning to see many of our previous projects named to this list making a real difference. For our 10th Anniversary of the “Waters to Watch” in 2016, we will highlight some of these dynamic past projects that are making a positive impact both regionally and nationally.”

2. Kasilof and Anchor River Watersheds, AK
Partnership: Kenai Peninsula Fish Habitat Partnership (http://bit.ly/1F4OzLE)
Objective: The Kenai Peninsula Aquatic Ecosystem Restoration Project will help restore physical and biological processes within the Kasilof and Anchor River Watersheds in order to contribute to a healthy, productive and biologically diverse ecosystem for the benefit of injured species and services. The project will eliminate four barriers to aquatic species passage on the Anchor and Kasilof Rivers.

7. Pinole Creek, CA
Partnership: California Fish Passage Forum (http://bit.ly/1JF2I37)
Objective: The purpose of this project is to restore access to the upper reaches of Pinole Creek for the current population of Central California Coast Steelhead by modifying the existing box culverts where Pinole Creek passes under Interstate Highway 80 (I-80).  Habitat assessments conducted on Pinole Creek in 2009 indicate sufficient habitat to support anadromous steelhead spawning and rearing if passage issues at the I-80 culvert are remedied. This project will improve access to nearly seven miles of documented quality steelhead spawning and rearing habitat on the main stem of Pinole Creek.
8. Shoshone Springs Pupfish Habitat Project, CA
Partnership: Desert Fish Habitat Partnership (http://bit.ly/1E3P4S5)
Objective: The project secured the existence of Shoshone pupfish in their native range far into the future, and will educate the public about their importance.  The project quadrupled the habitat area occupied by endemic Shoshone pupfish, benefiting the entire known population in the one spring, springbrook, and spring supported riparian system where they naturally occur.
9. Sun Creek, OR
Partnership: Western Native Trout Initiative (http://bit.ly/1zXTKhD)
Objective: To reestablish redband trout and migratory populations of bull trout to Sun Creek through improved connectivity, habitat quality and stream and riparian function. Due to poor connectivity between Sun Creek and the Wood River, overall habitat degradation, and interactions with non-native salmonids, redband trout were extirpated from Sun Creek and bull trout populations were restricted to a short headwater reach. Similar to other Cascade tributaries in the Upper Klamath Basin, Sun Creek likely supported widespread and abundant populations of both species. Reconnecting Sun Creek to the Wood River will allow redband trout to recolonize Sun Creek and access high quality spawning and rearing habitat. It will also provide a migratory corridor for the isolated bull trout population to expand its range, occupy new habitat within Wood River watershed, and improve overall population resilience.
10. Ulele Springs on the Hillsborough River, FL
Partnership: Southeast Aquatic Resources Partnership (http://bit.ly/1zXTXBp)
Objective: The restored Ulele Springs is providing native wetland vegetation and provide habitat for fish and mammals. To date, numerous native fish and wildlife has been observed within the basin, which is staring to mimic the anticipated species richness and diversity of a natural spring run entering an estuarine ecotone.

> Find project maps and descriptions of the 10 Waters toWatch list for 2015
> Visit the Waters to Watch Homepage for all of thePartnership’s projects from 2007-2015
> Check out the Partnership’s interactive habitat datamapper, supported by USGS

The Association of Fish & Wildlife Agencies is looking for a talented individual (super hero) to manage our Farm Bill conservation, forestry and bioenergy portfolio in Washington, DC.

The coordinator, under direct supervision of the Government Affairs Director, works with state fish and wildlife agencies and other Association members to enhance fish and wildlife habitat and encourage sustainably managed fish and wildlife resources through the reauthorization and implementation of conservation, forestry, energy and other provisions of the 2014 and future Farm Bills. The incumbent will work closely with the state agencies, AFWA's Agricultural Conservation Committee and its seven programmatic working groups to troubleshoot Farm Bill conservation implementation challenges and work with federal agencies and conservation partner organizations to develop policy recommendations for achieving desired outcomes. The coordinator also works with Congress during the Farm Bill reauthorization process and appropriations cycles to advance the state fish and wildlife agencies’ Farm Bill priorities.

This is a full-time position located in AFWA's Washington, DC office.