Registration is now open for the Association of Fish and Wildlife Agencies’ Annual Meeting to be held September 7-12, 2008 in Saratoga Springs, NY!

Visit the Annual Meeting website to register, view the Schedule at a Glance, find more lodging and travel information and learn how to become a meeting sponsor or exhibitor.

Washington (June 19, 2008) – The Association of Fish and Wildlife Agencies announced today that Mark J. Humpert will be joining its staff as the Teaming with Wildlife Director. With more than 20 years of experience in the wildlife conservation field, Humpert currently is the Wildlife Diversity Program Manager for the Nebraska Game and Parks Commission. He will begin work at the Association on August 11.

As Director, Humpert will manage the Teaming with Wildlife campaign and oversee other extensive outreach efforts related to state wildlife diversity programs. He also will be coordinating the activities of a 5,000+ organization coalition and managing legislative advocacy efforts around funding for state fish and wildlife agencies to prevent wildlife from becoming endangered.

“Over the past several years, I’ve had the chance to work with wildlife diversity and wildlife action plan coordinators from across the nation,” said Humpert. “The opportunity to build on the past successes of the Teaming with Wildlife program and to continue activating the Teaming with Wildlife coalition at this crucial time to ensure state agencies and partners have the public funding to fully implement their plans is exciting.”

"Mark has the understanding of the planning and implementation processes needed for wildlife action plans to succeed," said Matt Hogan, Executive Director for the Association of Fish and Wildlife Agencies. “With his experience advancing public policy and developing comprehensive outreach strategies, he is a welcome addition to the team.”

In 2007, Humpert was named the Nebraska Wildlife Professional of the Year. He is past President of both the state of Nebraska and Ohio State University Chapters of The Wildlife Society and holds a Masters in Public Administration from Bellevue University and a Bachelor of Science in Wildlife Management from Ohio State University.
Posted by The Association of Fish and Wildlife Agencies at 6/19/2008 05:39:00 PM

Steve Ferrell, an avid hunter, sport shooter and angler with more than 30 years of experience in wildlife management, said he is deeply honored to be named to the position. Ferrell succeeds Terry Cleveland, who will retired on June 30 after 39 years of service with the department.

Ferrell has spent his entire career with the Arizona Game and Fish Departmen. Beginning in 1975, he has served the department as a Wildlife Assistant, Wildlife Manager, Habitat Evaluation Specialist, Research Program Supervisor, Wildlife Regional Supervisor, Assistant Director, and Deputy Director. He earned his bachelor’s degree in Wildlife Ecology from the University of Arizona.

Ferrell has also served as chief financial officer of the department, as chairman of the Game and Fish Director’s executive staff and as leader of the department*s management team. He coordinated regularly with the Arizona Game and Fish Commission, the Arizona Governor’s Office, the Arizona State Legislature, and with organized constituent groups. He is the recipient of numerous awards for his leadership and administrative skills.

Ferrell is current chairman of the Association of Fish and WildlifeAgencies’ Wildlife Resources Policy Committee, is a member of the 2008 White House Conference on Hunting Heritage Technical Committee and a member of the National Sports Shooting Federation’s advisory committee on best practices in hunting and shooting sports recruitment and retention.
Posted by The Association of Fish and Wildlife Agencies at 6/19/2008 12:11:00 PM

GAME COMMISSION HOSTS E-BIRD Website
The Pennsylvania Game Commission has become the first state wildlife agency to host and manage an "eBird" website. The eBird network is dedicated to helping birders throughout North America and the world record their bird observations and improve our understanding of seasonal bird activities and movements.

GAME COMMISSION OFFERS BOOK TO PROMOTE PA BIRDS
To assist first-time birders, as well as seasoned bird watchers, the Pennsylvania Game Commission now is selling a book titled, "The Birds of Pennsylvania" written by Franklin Haas and Roger Burrows. The cost is $17.92, plus state sales tax and shipping and handling.

RESIDENTS ENCOURAGED TO PARTICIPATE IN BREEDING BIRD ATLAS
The Pennsylvania Game Commission and Carnegie Museum of Natural History are looking for both casual and avid birdwatchers to help monitor nesting wild birds as part of the Second Pennsylvania Breeding Bird Atlas (PBBA), an ambitious five-year project (2004-2008) that is literally putting Pennsylvania's breeding birds on the map!

Today, the House Education and Labor Committee is scheduled to vote on a modified version of the No Child Left Inside (NCLI) Act.

After a careful review, the NCLI Coalition leadership team strongly supports the amended version of the bill. Its key provisions would expand the National Environmental Education Act to:

For more information on how you can take action today in support of the Act, go to: http://www.cbf.org/site/PageServer?pagename=act_sub_actioncenter_federal_nclb_action

NOAA’s Fisheries Service is seeking comment on a proposed rule that requires anglers and spearfishers who fish recreationally in federal ocean waters to be registered before fishing in 2009. The rule would also require registration by those who may catch anadromous species anywhere, including striped bass, salmon and shad that spawn in rivers and streams and spend their adult lives in estuaries and the ocean.

NOAA may exempt anglers from registration if they already have a state-issued saltwater fishing license or registration, and the state provides sufficiently complete information to place in the national registry. In certain instances, anglers in states participating in regional surveys of marine recreational fishing may also be exempted. The new rule allows states to apply for exemptions.

Fishermen would be required to be registered annually and NOAA will not charge a registration fee in the first two years. Beginning in 2011, the annual fee will be an estimated $15 to $25 per angler. Anglers under the age of 16 would be exempt from registering and fees would be waived for indigenous people, such as members of federally recognized tribes. NOAA’s Fisheries Service recognizes that many indigenous people fish for food as part of ancient cultural traditions.

Anglers who fish only on licensed party, charter, or guide boats would also be exempt, since these vessels are surveyed separately from the angler surveys. Also, persons who hold commercial fishing licenses or permits, and are legally fishing under them, will be exempt from the registration requirement.

To read the proposed rule, go to http://www.countmyfish.noaa.gov.

Comments on the proposed rule will be accepted until Aug. 11. They can be mailed to:
John Boreman Director, Office of Science and Technology
NMFS
1315 East-West HighwaySilver Spring, MD 20910
Attn.: Gordon Colvin
Comments can also be submitted electronically at http://www.regulations.gov.
Posted by The Association of Fish and Wildlife Agencies at 6/11/2008 09:12:00 AM 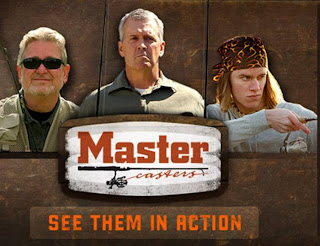 A new series of viral videos launching today on TakeMeFishing.org casts fishing in a whole new light. The video series, called "Master Casters," was developed by the Recreational Boating & Fishing Foundation (RBFF) in hopes of luring more people to the sport.

Featuring amazing casting feats by three expert anglers, the Master Casters videos can be seen on TakeMeFishing.org or MasterCasters.org. Seven different videos show sport legends Gary Hain, Chuck Devereaux and Aaron McAlexander performing awe-inspiring tricks rarely seen before, like casting a line to crack an egg 50 yards away and hitting clay pigeons in mid-air.
Hain is scheduled to appear on CBS' The Early Show LIVE Friday morning, June 6, between 7 – 9 am ET to celebrate National Fishing and Boating Week and kick off the new video series. Be sure to tune in!

"We're proud to launch the Master Casters videos this week on TakeMeFishing.org," said RBFF President and CEO Frank Peterson. "We hope these amazing casting tricks will help draw newcomers into the sport and to our newly re-designed Web site, where anglers of all ages and experience levels can learn, plan and equip themselves with everything they need to go boating and fishing."

The viral videos will be featured in online advertising and in a commercial running on ESPN television. They are part of an integrated Take Me Fishing™ campaign, which centers around TakeMeFishing.org – the most comprehensive boating and fishing Web site available nationwide. Whether it's planning a trip, buying a fishing license, designing your dream boat, or checking out the latest equipment, TakeMeFishing.org has something for everyone. 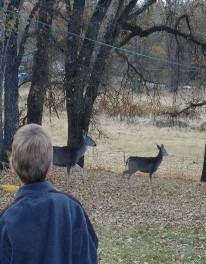 By the President of the United States of America


From the Appalachian Mountains to the Grand Canyon, America is blessed with places of natural beauty where our citizens can discover the full splendor of this great Nation. During Great Outdoors Month, our Nation celebrates the grandeur of our open spaces, strengthens our commitment to preserving this heritage, and reaffirms our dedication to protecting our air, water, and lands.

My Administration remains dedicated to wise stewardship of the environment, and we will continue to protect our Nation's natural wonders. This past year, we have made great strides in helping wildlife thrive and in restoring habitat for migratory birds through cooperative conservation. Working with State and tribal officials, we are preserving important wildlife habitats and expanding the National Wildlife Refuge system. Citizens can visit takepride.gov to learn more about opportunities to care for our environment.

Great Outdoors Month is an opportunity to honor those who work to keep our natural places beautiful and to celebrate some of our country's favorite outdoor pastimes. These activities encourage a healthy lifestyle and give Americans pride in the great American landscape. As responsible stewards of our natural resources, we can help ensure that the great outdoors will be available for enjoyment by generations to come.

NOW, THEREFORE, I, GEORGE W. BUSH, President of the United States of America, by virtue of the authority vested in me by the Constitution and laws of the United States, do hereby proclaim June 2008 as Great Outdoors Month. I call on all Americans to observe this month with appropriate programs and activities, and to take time to visit and enjoy the great outdoors.

IN WITNESS WHEREOF, I have hereunto set my hand this thirtieth day of May, in the year of our Lord two thousand eight, and of the Independence of the United States of America the two hundred and thirty-second.