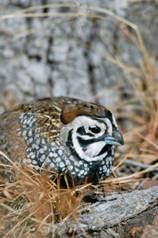 Secretary of the Interior Ken Salazar and Agriculture Under Secretary for Natural Resources and Environment Harris Sherman released the 2011 State of the Birds Report this week. The third in the series, this year’s State of the Birds report is the first assessment of the status of and tremendous potential for bird conservation on the more than 850 million acres of land and 3.5 million square miles of ocean that are publicly owned in the Unites States. These habitats support more than 800 bird species, one-third of which are endangered, threatened or of conservation concern.

The report highlighted findings especially relevant to state fish and wildlife agencies. These include:
• State wildlife agencies set regulations and provide management recommendations for all of the nation’s 19 native resident game bird including grouse, ptarmigan, turkey and quail. Many native resident game bird species have a high distribution on state lands such as Spruce Grouse (22%) and Montezuma Quail (14%).
• Funding and capacity are two of the greatest challenges limiting state agencies’ efforts to implement priority resident game bird conservation plans at scales that are relevant on public lands.
• Wild turkey restoration is one of the nation’s greatest conservation success stories—in the 1920s, wild turkey populations hovered around 30,000 birds total, today there are more than 7 million wild turkeys largely due to conservation on public lands.
• State wildlife agencies participate in the stewardship of migratory birds with Canada and Mexico to conserve waterfowl through efforts such as the North American Waterfowl Management Plan and the Flyway Councils. Through the Southern Wings program, many states participate in bird conservation activities with Latin America and the Caribbean and 10 states have developed their own state-specific initiatives to conserve species such as Greater Prairie-Chicken and Upland Sandpiper.
• State lands are home to more boreal forest (34%), marsh (24%) and grassland (4%), more than any single federal entity.

The report concludes that America’s public lands and waters, ranging from national wildlife refuges to national parks to national forests, offer significant opportunities to halt or reverse the decline of many species. The report provides a scientific tool to help public agencies, including state fish and wildlife agencies, identify the most significant conservation opportunities in each habitat.

The 2011 State of the Birds report is a collaborative effort as part of the U.S. North American Bird Conservation Initiative, involving federal and state wildlife agencies, and scientific and conservation organizations. These include the American Bird Conservancy, the Association of Fish and Wildlife Agencies, the Bureau of Land Management, the Cornell Lab of Ornithology, the Department of Defense, the National Audubon Society, The Nature Conservancy, the National Park Service, the U.S.D.A. Forest Service, the U.S. Fish and Wildlife Service and the U.S. Geological Survey.

The full report is available at www.stateofthebirds.org.
> Learn more about AFWA's bird conservation initiatives.
Montezuma Quail photo by George Andrejko, Arizona Game and Fish Department
Posted by The Association of Fish and Wildlife Agencies at 5/06/2011 07:29:00 PM