The September/October issue of The AFWA Strategist 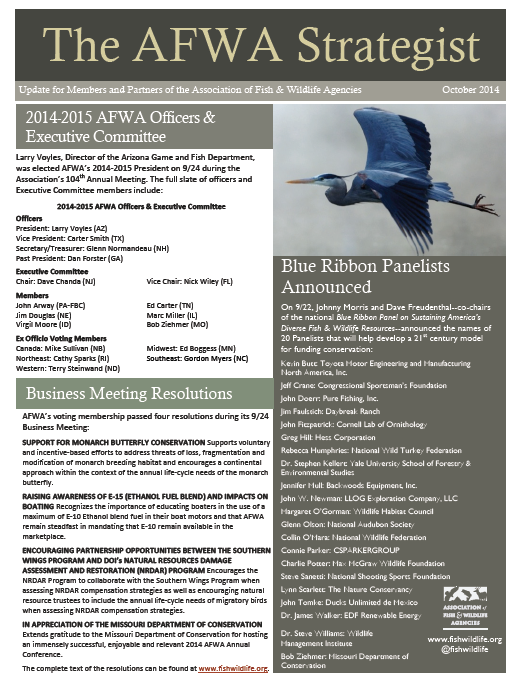 The September/October issue of The AFWA Strategist is now available!

The Association published its first issue of The AFWA Strategist in May 2014 for release at regional association meetings to highlight the top issues that AFWA is covering. AFWA released a special edition of The Strategist in August focused on our International Relations work.


Thank you to the Arizona Game & Fish Department for producing this fantastic video about the great story of conservation in North America to ensure healthy fish and wildlife populations and their habitats as well as abundant opportunities for wildlife-related recreation. 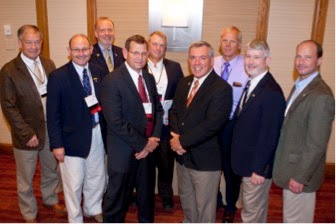 Upon the recommendations of AFWA’s Nominating Committee, the Executive Committee added Ed Carter, Executive Director of the Tennessee Wildlife Resources Agency, and Marc Miller, Director of the Illinois Department of Natural Resources, as voting members to the roster.

The Association’s members and partners work together toward achieving AFWA’s vision of healthy fish and wildlife resources throughout North America managed by effective, well-funded fish and wildlife agencies and supported by informed and involved citizens. 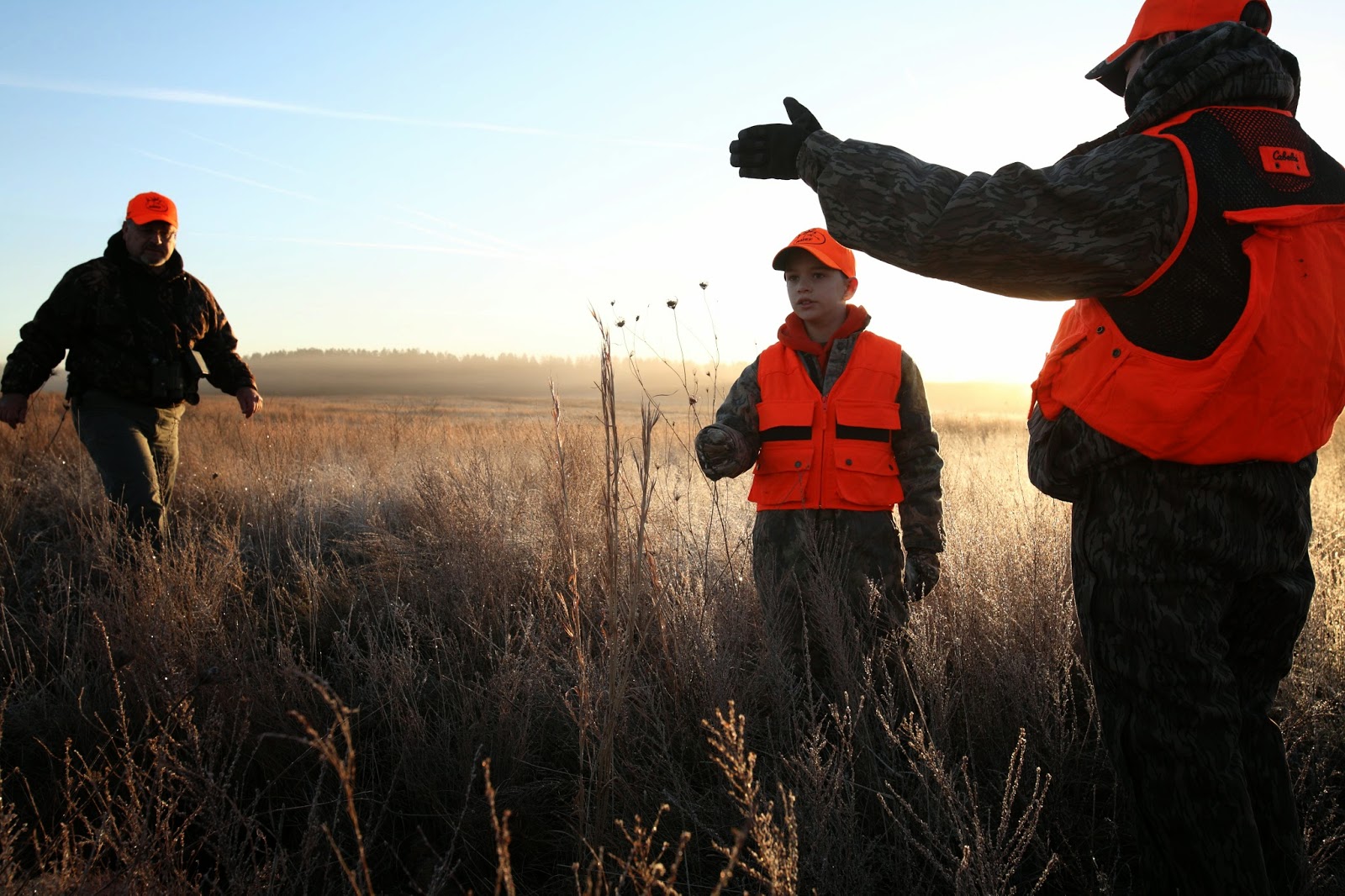 At the Association of Fish & Wildlife Agencies' recent Annual Meeting in St. Louis, Missouri voting members approved the recommendation of 14 projects to be funded through the 2015 Multistate Conservation Grants Program (MSCGP) cycle.

The total cost of the 14 projects recommended is $2,899,046 ($1,414,248 in Wildlife Restoration funds and $1,484,798 in Sport Fish Restoration funds). Funding for the MSCGP comes from a portion of the quarterly 10-11% federal excise tax paid by manufacturers and importers of fishing, hunting and shooting-sports equipment.

The projects recommended are as follows:

8)     Development and Implementation of a National Initiative for Hunter and Shooting Sports Recruitment, Retention, and Reactivation (Wildlife Management Institute / The Council to Advance Hunting & the Shooting Sports)

14)   Improving the Conservation of Fish and Wildlife Populations and Habitats During Energy Exploration, Development and Transmission Through Enhanced Industry/Agency Coordination (Association of Fish & Wildlife Agencies)

For the 2015 MSCGP cycle, the Association received 33 Letters of Intent from state and federal fish and wildlife agencies, regional associations and non-governmental organizations, and 19 applicants were invited to submit full proposals from which the 14 were selected.

The Association’s priority list of project recommendations will be sent to the U.S. Fish and Wildlife Service (USFWS) as established by the Wildlife and Sport Fish Restoration Programs Improvement Act of 2000 (Pub. L. 06-408). The USFWS will announce the grant awards in December and grant funding will be available January 1, 2015.

MSCGP Grants are awarded on a calendar-year basis for one, two or three years and must benefit at least 26 states, a majority of states in a USFWS region or regional associations.