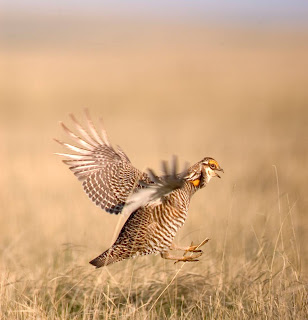 Chad Coppes from South Dakota Game, Fish and Parks landed the cover of the Association of Fish & Wildlife Agencies’ Annual Report with this photo last year in a tight competition with runners up Ben Davis from Oklahoma Department of Wildlife Conservation and George Andrejko with the Arizona Game and Fish Department. Who will take the spot and get bragging rights this year?

New this year is the “President’s Choice” Award (otherwise known as an AFWA coffee mug) for the best photo of the current AFWA President’s favorite critter. President Curtis Taylor (WV) selected the Gray Squirrel as his choice.

Every photo reproduced in the 2010 Annual Report will include a photographer credit. Photos may also be featured on the all-new fishwildlife.org web site and in other materials (such as fact sheets for Congress and the Administration). You retain the rights to your photograph; however, by entering the contest, you grant the Association use of the image. Digital images must be a resolution of at least 300 dpi and 8” x 10.” To look at previous Annual Reports, visit www.fishwildlife.org/index.php?section=publication%20archive.

Deadline to enter the Third Annual “Land the Cover” Contest is January 21, 2011.

Please email entries to lmaclean@fishwildlife.org. Alternatively, you can mail a CD to the address below. Feel free to forward this announcement on or call with questions. Thank you and good luck! 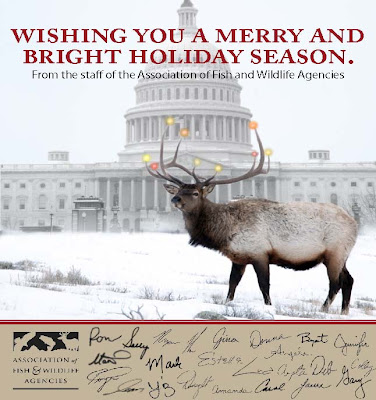 Gassett previously served as AFWA's secretary/treasurer and is currently vice-chair of its executive committee. He is an alumnus of the AFWA-managed National Conservation Leadership Institute, a world-class forum for developing leaders in natural resource conservation.

They work together toward achieving AFWA's vision of healthy fish and wildlife resources throughout North America managed by effective, well-funded fish and wildlife agencies and supported by informed and involved citizens.

"We had a vacancy and Jon was gracious enough to step up and volunteer his help," said AFWA President Curtis Taylor, Chief of West Virginia Division of Natural Resources, Wildlife Resources Section. "He and I will be working closely together over the next several months. Jon has always done an excellent job in everything he's done for us."

Gassett came to Kentucky Fish and Wildlife in 1999 to head the agency's elk restoration program. He was promoted to Wildlife Division Director in 2001. He has served as KDFWR commissioner since 2005.

"AFWA is a strong and unified voice for all 50 states, and I look forward to working with all of them in addressing the various issues that can benefit our fish and wildlife resources," said Gassett.

The Association of Fish & Wildlife Agencies congratulates Dan Ashe on his nomination yesterday as the Director of the U.S. Fish and Wildlife Service. The Association’s membership has worked with Mr. Ashe on many of the pressing issues facing the conservation of our nation’s fish, wildlife and their habitats. We look forward to Mr. Ashe’s continuing support of professional, science-based fish and wildlife management and policy development and look toward strengthening the cooperation between state fish and wildlife agencies and the Service.
Posted by The Association of Fish and Wildlife Agencies at 12/04/2010 05:54:00 PM