The success of the Wildlife and Sport Fish Restoration Programs and its 75 years of partnership to restore America's fish and wildlife may be the greatest untold conservation story. But, you can help tell the story by celebrating WSFR’s 75th Anniversary with us in 2012.

The Education, Outreach & Diversity Committee of the Association of Fish & Wildlife Agencies invites members of the Angler/Boater and Hunting and Shooting Sports Participation Committees (and anyone interested) to participate in a joint collaborative session to learn more about the timeline and tools available to promote the anniversary as well as to brainstorm ideas for celebrating 75 years of better hunting, fishing and wildlife-related recreation through WSFR. This joint session will lead off the scheduled EOD Committee meeting on Tuesday, September 13, 2011 from 1:00 to 2:30 p.m. at the Omaha Hilton, Murray Room. 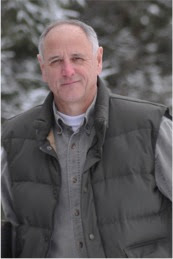 WASHINGTON, DC — The Council to Advance Hunting and the Shooting Sports, a national coalition focused on the recruitment and retention of hunters and shooters, today announced that Bill Creighton has been selected as the recently formed organization’s first chief executive officer.

Mr. Creighton brings more than 25 years of senior executive leadership experience spanning 76 countries at leading global media, Internet and technology companies. He previously served as the president and CEO of Fotoglif where he successfully repositioned and commercialized the Toronto-based start-up company’s digital media business. He also served as managing director of Newscom, vice president of sales and marketing for United Press International and is an award-winning journalist with two Pulitzer Prize nominations.

“Bill’s creative marketing, partnership-building and fundraising expertise, plus his extensive track record of growing new businesses, are exactly what the Council needs to lead the development of a national strategy for sustaining America’s hunting and shooting sports traditions,” said Ron Regan, the Council’s chairman and executive director of the Association of Fish & Wildlife Agencies. “As an avid hunter himself, Bill understands that hunting and shooting are cornerstones of wildlife conservation and an important part of our nation’s history and identity.”

With a 28-member board of directors, the Council unites state fish and wildlife agencies, the hunting, shooting sports and greater conservation communities and the archery and firearms industries to focus on the recruitment and retention of hunters and shooters, the development of shooting facilities and the protection and expansion of access for hunting. In the short-term, the Council is focused on developing a national recruitment and retention strategic plan and a sustainable funding model to support its efforts and those of the state agencies.

“I have seen the very positive impact that hunting and shooting have had on me, my family and my friends and this is my opportunity to share the wonderful gift that is hunting with this and future generations,” said Mr. Creighton. “I am honored and humbled to become a part of the Council and look forward to working together to grow the hunting and shooting communities.”

Mr. Creighton earned a Bachelor of Arts from the College of Charleston (SC). As a journalist, he covered four Olympic Games, the Masters, the Soviet Union collapse, the Middle East conflict, G-8 Summits, the U.S. invasion of Grenada, five U.S. presidents and 15 Space Shuttle launches and earned two Pulitzer Prize nominations for photography. He is a native of the South Carolina Lowcountry and was introduced to shooting sports at age nine.

Mr. Creighton begins his tenure as CEO on August 15, 2011. His office will be located in Washington, DC with the Association of Fish & Wildlife Agencies.

The Council to Advance Hunting and the Shooting Sports is a coalition of state fish and wildlife agencies and hunting and shooting-related companies, organizations and associations that have joined together to focus on the recruitment and retention of hunters and shooters, the development of shooting facilities and the protection and expansion of access for hunting. Established in 2010, the Council is a non-profit, 501(c) 3 tax-exempt, educational organization.