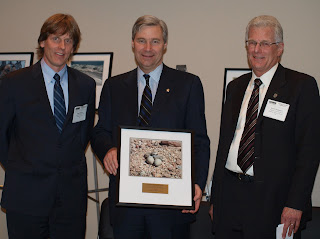 The Teaming With Wildlife Fly-In is the most important outreach event on Capitol Hill for the 6,200+ member Teaming With Wildlife Coalition to secure dedicated funding to support on-the-ground conservation action in every state and territory through State Wildlife Action Plans to prevent wildlife from becoming endangered.

Senator Sheldon Whitehouse (RI) – for consistent support of increased funding for the State and Tribal Wildlife Grants Program and for being a key champion in the Senate to secure funding for natural resource adaptation in comprehensive climate change legislation.

Senator John Thune (SD) – for consistent support of increased funding for the State and Tribal Wildlife Grants program and for being an original co-sponsor of the Teaming With Wildlife Act.

Congressman Mike Simpson (ID) – for his leadership in supporting funding for the State and Tribal Wildlife Grants program as the ranking member of the Interior Appropriations subcommittee.

Congressman John Dingell (MI) – for consistent support of funding through the State and Tribal Wildlife Grants program and for being a key proponent of natural resource adaptation funding in climate change legislation.

“Working in Congress can be a thankless job, but the wildlife community is grateful for those members who demonstrate leadership in helping states and their partners safeguard wildlife by supporting the implementation of State Wildlife Action Plans,” said Mark Humpert, Teaming With Wildlife Director. “Even in these difficult financial times, we need to ensure wildlife and vital habitats are conserved for future generations. This goal can go hand-in-hand with job creation and economic sustainability.”

At the “Celebrating America’s Wildlife” Reception, the Association and the Teaming With Wildlife Coalition also presented awards to two partners and a state fish and wildlife agency for their significant efforts to protect critical fish and wildlife populations.

The State Wildlife Action Plan Partnership Award was presented to the New Hampshire Fish and Game Department and the University of New Hampshire Cooperative Extension for a growing list of shared projects including their collaboration to integrate data and develop maps to facilitate the use of the New Hampshire Wildlife Action Plan for regional and local conservation planning; outreach to the public; and for a habitat management guide for private landowners to conserve the New England Cottontail.

This year, Teaming With Wildlife Fly-in participants urged their Members of Congress to sign on to a letter of support for $100 million appropriations for the State and Tribal Wildlife Grants program; co-sponsor the Teaming With Wildlife Act to provide increased and dedicated funding for wildlife conservation; and support wildlife adaptation funding in climate change legislation.

Despite historical successes in bringing many wildlife species back from the brink of extinction, other species have continued to decline as evidenced by the staggering numbers listed under the federal Endangered Species Act. State hunting and fishing license dollars, federal excise taxes on hunting and fishing gear and motorboat fuel taxes have provided the backbone for funding the nation’s state wildlife conservation programs over the past century. However, there has always been a gap in funding for species that are not hunted or fished. State and Tribal Wildlife Grants have provided state fish and wildlife agencies with the resources they critically need to partially fill that gap.

Teaming With Wildlife, a national coalition of more than 6,200 conservation organizations and nature-based businesses—including state fish and wildlife agencies, wildlife biologists, hunters and anglers, birdwatchers, hikers and other conservationists—is working to prevent wildlife from becoming endangered by supporting increased state, federal and private funding for wildlife conservation. Found on the web at http://www.teaming.com/
Posted by The Association of Fish and Wildlife Agencies at 2/26/2010 11:33:00 AM 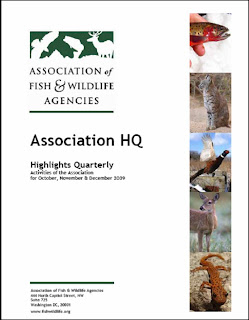 Inside, we report on the activities of the 111th Congress relevant to fish and wildlife funding and legislation; delivery of Farm Bill conservation title dollars; the release of Voluntary Guidance for States to Incorporate Climate Change into State Wildlife Action Plans and Other Management Plans; outdoor skills and the North American Strategy for Conservation Education; leadership development services and agency effectiveness reviews by the Management Assistance Team; and more. 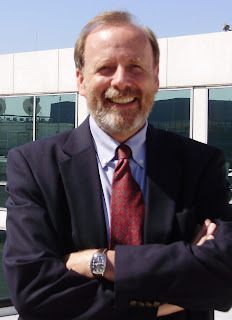 Since joining the Association in April 2007, Regan has staffed the Association’s Angler and Boater, Fisheries and Water Resources Policy, Wildlife Resource and Ocean Resource Policy Committees. He has represented state fish and wildlife agencies to help ensure the Reauthorization of the Sportfish Restoration and Boating Trust Fund and secure passage in support of the National Fish Habitat Action Plan. Regan is coordinating state interests for the 2011 National Survey of Fishing, Hunting, and Wildlife-Associated Recreation and he oversees the Management Assistance Team.

Previously, Regan served for more than 25 years working in wildlife management and conservation in the state of Vermont. In 1999, he was appointed Commissioner of the Vermont Fish and Wildlife Department a position he held for four years, and he also served as Director of Operations and Director of Wildlife for that Department.

“As a former state agency director combined with his exemplary performance as AFWA’s Resource Director, Ron understands the significant fish and wildlife management and economic challenges facing the Association’s membership today,” said John Frampton, President of the Association of Fish and Wildlife Agencies and Director of the South Carolina Department of Natural Resources. “We see a smooth transition and look forward to Ron’s leadership in advancing the Association’s vision of healthy fish and wildlife resources throughout North America, managed by effective, well-funded agencies.”

“I am tremendously grateful for this new leadership opportunity,” said Regan. “State fish and wildlife agencies are on the cutting edge of the foremost fish and wildlife conservation issues of our day, and it will be a privilege to represent their interests at the national level in partnership with federal agencies and the broader conservation community. I look forward to moving the Association forward with the help of a tremendously talented and dedicated professional staff.”
Posted by The Association of Fish and Wildlife Agencies at 2/19/2010 10:08:00 AM

WASHINGTON, DC -- Secretary of the Interior Ken Salazar, Secretary of Agriculture Tom Vilsack and Montana Governor Brian Schweitzer today at a joint press conference held at the Theodore Roosevelt Memorial announced the creation of the Wildlife and Hunting Heritage Conservation Council (WHHCC), an official advisory group chartered to provide advice to the government on wildlife conservation and hunting issues and on carrying forward the nation’s hunting tradition.

The WHCC replaces and improves upon the previously existing Sporting Conservation Council by bringing together state fish and wildlife agencies; Native American tribes; the sporting conservation community; the archery, shooting and hunting sports industries; and wildlife conservation organizations to provide a forum for sportsmen and women to discuss policies that benefit wildlife resources and recreational hunting.

The executive director of the Association of Fish and Wildlife Agencies (AFWA) will serve as an ex officio member of the council, representing the voice of state wildlife agencies.

"Hunters are some of our nation's most influential conservationists, and through their license and equipment purchases, they are foremost funders of state fish and wildlife agencies' programs to restore and safeguard wildlife and their habitats," said Ron Regan, AFWA’s Acting Director. "The Association looks forward to serving on the new Wildlife and Hunting Heritage Conservation Council and helping to ensure that the next generations of sportsmen and women enjoy the benefits of our great outdoors."
Posted by The Association of Fish and Wildlife Agencies at 2/04/2010 06:19:00 PM

May 15, 2010 is the deadline for submitting an application for the National Conservation Leadership Institute (NCLI) Cohort beginning in September 2010. Applicants must be nominated by their organization's chief executive. Individuals from state fish and wildlife agencies, federal conservation agency employees, tribal members, industry employees and NGO agency employees are encouraged to apply.

The NCLI was created to train tomorrow’s conservation leaders in the latest leadership thinking and practice, and each Fellow will focus on a variety of issues, including a specific leadership challenge from each participant’s own agency or organization. Becoming an NCLI Fellow is a major step in career advancement and contributing to the future of conservation. The NCLI is suited for the highest-potential, future leaders.

>Learn more at www.conservationleadership.org about becoming an NCLI Fellow including application and nomination requirements, tuition costs and scholarship opportunities.
Posted by The Association of Fish and Wildlife Agencies at 2/03/2010 04:21:00 PM