100th Annual Meeting Plenary Session
Milestones in American Conservation—Learning from the Past, Envisioning our Future

In honor of the 100th meeting of the Association of Fish & Wildlife Agencies, join us for a special Plenary Session on Monday, September 27 from 8:00 am to 10:00 am in Grand Rapids, MI that will challenge you to consider whether the future of American conservation and its challenges are not so different from the past. 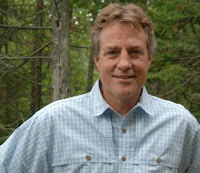 Tom Strickland, Assistant Secretary of Interior for Fish & Wildlife and Parks and Chief of Staff to Secretary of the Interior, Ken Salazar, will discuss the accomplishments of the U.S. Department of the Interior during this current Administration and share the federal vision for natural resource management and the importance of North America’s fish and wildlife agencies to its success. 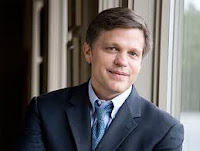 Acclaimed historian Dr. Douglas Brinkley, author of The Wilderness Warrior: Theodore Roosevelt and the Crusade for America and professor of history at Rice University, will offer his insights about the “naturalist president” and how Roosevelt’s achievements can inspire the legacy we promote as today’s caretakers of America’s fish and wildlife and their habitats.

Following the Plenary, Mr. Brinkley will sign copies of his book. 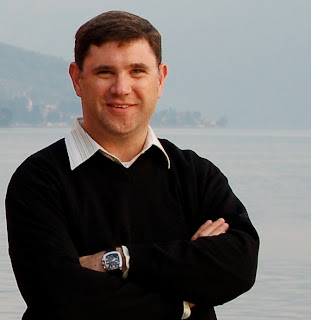 The Association of Fish and Wildlife Agencies is pleased to welcome Matt Menashes as the new Director of Operations. Matt brings 10 years of association management and a background in coastal and marine policy to the position. Matt will focus on the Association’s internal business operations and fisheries and aquatic resources issues, and will staff the Fisheries and Water Resources Policy and Ocean Resources Policy committees.

Prior to coming to the Association, Matt was the Executive Director of the National Estuarine Research Reserve Association (NERRA) for two years. NERRA represents the state agencies and universities that operate the nation’s 27 estuarine research reserves in partnership with the National Oceanic and Atmospheric Administration (NOAA).

“A good part of my career has been working with state agencies to support their resource and program needs,” said Matt. “One of my proudest career accomplishments was collaborating with the Alaska Department of Fish and Game to establish the Kachemak Bay research reserve in the late 1990s. And for the past two years, I was honored to represent the state agencies that operate the research reserves in their dealings here in Washington, DC. I am looking forward to continuing to support the states while assisting Ron (Regan) and the rest of the AFWA staff in day-to-day operations"

From 2000 through 2008, Matt was President/CEO of the Paddlesports Industry Association, a trade association representing the manufacturers, retailers and outfitters of canoes, kayaks and rafts. His sdditional experience includes nearly seven years with NOAA and two years on Capitol Hill. He has served on the boards of the American Canoe Association, Paddler Magazine and the International Whitewater Hall of Fame.

Matt holds a bachelor’s degree in political science and a master’s degree in marine policy from the University of Delaware.

Through September 11, Teaming With Wildlife Week will celebrate the 10-year anniversary of the State Wildlife Grant program, which funds state-based conservation efforts to prevent wildlife from becoming endangered.
The State Wildlife Grants (SWG) Program provides federal grant dollars to every U.S. state and territory to support the development and implementation of their unique State Wildlife Action Plans. Wildlife Action Plans assess the health of each state’s wildlife and habitats; identify the problems they face; and outline the actions needed to conserve them over the long term.
For more than a decade, the SWG Program has served as a stable federal funding source for state fish and wildlife agencies in excess of $600 million. This stability has been critical to the recovery and conservation of many species in greatest need of conservation.
“The SWG program is part of the Department of the Interior’s ongoing commitment to the essential conservation efforts of states,” said Secretary of the Interior, Ken Salazar. “In our challenging economic climate, the program ensures that states will have the necessary resources to help conserve their highest priority wildlife, plants, and habitats – an investment that will pay dividends for years to come.”
“The SWG Program was created to meet a long-standing need for funding the conservation of fish and wildlife species that are typically neither hunted nor fished,” said Ron Regan, Executive Director at the Association of Fish and Wildlife Agencies. “The program has been an important source of funds to help keep America’s common species common and to conserve wildlife before they become too rare and costly to protect them.”
States and their partners have used funding from the SWG Program to combat invasive species, protect natural areas, restore habitat, conduct research and implement monitoring programs that will provide better data on imperiled species and their habitats. Priority for use of grant funds is placed on those species and habitats with the greatest conservation need.

Teaming With Wildlife Week is sponsored by the national, bipartisan Teaming With Wildlife coalition, composed of 6,300+ conservation organizations and nature-based businesses including state fish and wildlife agencies, wildlife biologists, hunters and anglers, birdwatchers, hikers and other conservationists. The Teaming With Wildlife coalition is working to prevent wildlife from becoming endangered by supporting increased funding for wildlife conservation, education and nature-based recreation.
Across the country, state fish and wildlife agencies are hosting Teaming With Wildlife Week events. For more information, visit http://www.teaming.com/.
To learn more about funding allocations through the State Wildlife Grants Program for state, commonwealth, territories, and the District of Columbia visit the U.S. Fish and Wildlife Service's Wildlife and Sport Fish Restoration Program Web site at http://wsfrprograms.fws.gov/.
Posted by The Association of Fish and Wildlife Agencies at 9/09/2010 10:16:00 AM