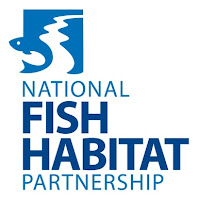 Three of the 10 nominations this year are deemed "Legacy Projects" which have made a significant impact on fish habitat conservation. These projects are selected from previous years “Waters to Watch” projects and help to highlight the National Fish Habitat Partnership as it celebrates its 10-year Anniversary in 2016.

People interested in learning more about the National Fish Habitat Partnership and partner projects happening across the U.S. can find out more information on how to get involved on our Partnerships Page; http://fishhabitat.org/partnerships. 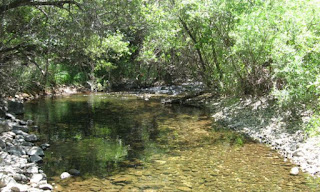 The 2016 “Waters to Watch” list and associated Fish Habitat Partnerships:

Carmel River, California
Project Submission by: The California Fish Passage Forum
The Carmel River Reroute and San Clemente Dam Project is the largest dam removal project ever to occur in California ($83 million) and one of the largest to occur on the West Coast. It involved removal of a 106-foot high antiquated dam and implemented a watershed restoration process. The project is intended to provide a long-term solution to the public safety risk posed by the potential collapse of the outdated San Clemente Dam in the event of a large flood or earthquake, which would have threatened 1,500 homes and other public buildings. The project is also designed to restore the river’s natural sediment flow, helping to replenish sand on Carmel Beach and improve habitat downstream of the dam for steelhead. Full project profile: http://bit.ly/1rqstjZ

Eel River, Indiana
Project Submission by: The Ohio River Basin Fish Habitat Partnership
The mission of the Eel River Initiative is to design and implement a holistic strategy to restore the ecological integrity of the Eel River basin within the context of human endeavors and to provide ecological research opportunities for Manchester University Environmental Studies students.
Full project profile: http://bit.ly/1twJHhv

*Harpeth River, Tennessee (2012)
Project Submission by: The Southeast Aquatic Resources Partnership
The Harpeth River, one of the most ecologically, culturally, historically, and recreationally significant rivers in Tennessee drains nearly 900 square miles in Middle Tennessee and flows through one of the fastest growing areas in the country. It is a state designated Scenic River in Davidson County and easily accessible from downtown Nashville. Full project profile: http://bit.ly/1XpTcuO

Lake Wichita, Texas
Project Nomination by: The Reservoir Fish Habitat Partnership
Lake Wichita is the third oldest reservoir in Texas, completed in 1901. Historically Lake Wichita was known as the “Gem of North Texas”, and served as a recreation destination social mecca, a driving economic force, as a haven for the wise-use and conservation of fish and wildlife resources, and as a foundation for community growth by serving as a drinking water source. Having surpassed its expected 100-year life span, Lake Wichita is no longer able to provide significant social, economic, ecological, or recreational benefits to the community. Having recently gone through a historic drought, we were able to see first-hand the fisheries habitat impairments that plague Lake Wichita. Siltation, degraded shoreline areas, loss of connectivity, excessive nutrients, lack of structural habitat, and lack of water coming from the watershed combine to cause Lake Wichita to cease to meet any of its intended purposes. Full project profile: http://bit.ly/1sGKJa8

Mill Creek and Deer Creek, California
Project Submission by: The California Fish Passage Forum
Chinook salmon and steelhead are part California’s natural heritage, and their recovery and preservation for future generations present both a challenge and an opportunity. Meeting that challenge requires that Deer Creek and Mill Creek, in Tehama County, are restored to their full potential as streams that have been home to salmonids for thousands of years. Deer and Mill creeks are two of only three streams supporting extant self-sustaining wild populations of Central Valley spring-run Chinook salmon (Oncorhynchus tshawytscha). The Central Valley spring-run Chinook salmon Evolutionarily Significant Unit (ESU) is listed as threatened under the State and Federal Endangered Species Acts. Both Deer and Mill creeks are considered conservation strongholds for this ESU, as well as Central Valley steelhead (O. mykiss), which are listed as threatened under the Federal Endangered Species Act, and fall-run Chinook salmon, listed as a State Species of Special Concern. Full project profile: http://bit.ly/1Q5pJUT

Peno Creek, Missouri
Project Submission by: The Fishers and Farmers Partnership
Agricultural landowners in Peno Creek Priority Watershed (Salt River Basin) are voluntarily installing best management practices to meet NFHP/FFP goals through water quality improvement and habitat protection. Best management practices will reduce erosion, sedimentation, and nutrient loading. Some of these actions include installing alternative drinking sources and stream crossings, fencing cattle out of the stream, reforestation of the riparian corridor, streambank stabilization or other aquatic habitat restoration, and the establishment of cover crops to improve soil health. Stakeholders will continue to be consulted to guide long-term community watershed efforts with the Missouri Department of Conservation (MDC) and the Natural Resources Conservation Service (NRCS). Practices are installed by landowners and contractors under MDC guidance and are guaranteed in place for at least 10 years. Full project profile: http://bit.ly/1WNS7gl

Qwuloolt Estuary, Washington
Project Nomination by: The Pacific Marine and Estuarine Partnership
The Qwuloolt (Qwuloolt means “marsh” in the Lushootseed language) Estuary is located within the Snohomish River floodplain about three miles upstream from its outlet to Puget Sound. Historically, the area was tidal marsh and forest scrub-shrub habitat, interlaced by tidal channels, mudflats, and streams. The project area was cut off from the natural influence of the Snohomish River and Salish Sea tides by levees and drained by ditches instead of stream channels. Prior to the breach, the area was characterized mostly by a monoculture of invasive reed canary grass instead of native estuarine vegetation, and warm water invasive fishes and amphibians. Through the cooperation of its many partners, this project has returned some of the historic and natural influences of the river and tides to the Qwuloolt area. Full project profile: http://bit.ly/1ZRIlrD

*Table Rock Lake, Missouri (2012)
Project Submission by: The Reservoir Fish Habitat Partnership
Table Rock Lake was nominated as a "Legacy Project" which have made a significant impact on fish habitat conservation. These projects are selected from previous years Waters to Watch projects and help to highlight the National Fish Habitat Partnership as it celebrates its 10-year Anniversary in 2016. Table Rock Lake and Lake Taneycomo are located in the White River Hills region of the Ozark Plateau along the Missouri-Arkansas border. At conservation pool, Table Rock Lake encompasses 43,100 acres with 745 miles of shoreline, and Lake Taneycomo covers just over 2,000 acres. Table Rock Lake is the second largest of five reservoirs in the upper White River drainage basin which covers over 5,000 square miles in both Missouri and Arkansas. The U.S. Army Corps of Engineers estimates the recreational use of the lake at between 40 and 50 million visitor visits annually with the economic value of the fishery estimated at $41 million (1997 estimate). Along with the Branson tourism industry, Table Rock and the other White River impoundments are responsible for hundreds of millions of dollars pumped into the local economies. Full project profile: http://bit.ly/1rqsEM3

*Weber River, Utah (2012)
Project Submission by: The Desert Fish Habitat Partnership and the Western Native Trout Initiative
The Weber River was nominated as a "Legacy Project" which have made a significant impact on fish habitat conservation. These projects are selected from previous years Waters to Watch projects and help to highlight the National Fish Habitat Partnership as it celebrates its 10-year Anniversary in 2016. This project was funded to protect native fish species and improve water use efficiency for water companies in the Weber River drainage, Utah. It re-connects 17.5 river miles and allows native Bonneville Cutthroat Trout (Oncorhynchus clarki utah) and Bluehead sucker (Catostomus discobolus) to pass one mainstem diversion and two culvert barriers that had fragmented mainstem and spawning habitats in two tributaries. Both Bluehead sucker and Bonneville Cutthroat Trout have experienced extensive population declines and range contraction. In the Weber River, Bluehead sucker occur in three remaining fragmented reaches with the strongest population in the Weber River confined below the diversion structure. Allowing passage around this diversion provides Bluehead sucker access to canyon habitat. Full project profile: http://bit.ly/1UzGjYU

*Denotes “Legacy Project” and (year) of “Waters to Watch” Nomination

For more information on project maps and descriptions of the 10 Waters to Watch list for 2016, Visit:http://bit.ly/1trdvvj

Visit http://bit.ly/1dXvu5l, to use our interactive habitat data mapper, supported by USGS.

About the National Fish Habitat Partnership:

Washington D.C. (June 7, 2016) - The Climate Adaptation Leadership Awards for Natural Resources is pleased to recognize seven organizations and individuals today as the first-ever recipients of the Climate Adaption Leadership Award for Natural Resources. Recipients were selected from 47 nominations representing activities from individuals and federal, tribal, state, local and non-governmental organizations from around the country.

The seven awardees include:
“Given the magnitude, scope and variety of issues affecting our nation’s natural resources, working together and learning from one another is critical to creating workable solutions to ensure their sustainability,” said Dave Chanda, President of AFWA and Director of the New Jersey Division of Fish and Wildlife. “This award spotlights outstanding efforts that are helping lead the way through innovative tools and actions towards climate-smart resource conservation and management. It will serve as a source of inspiration for additional efforts that advance climate-smart resource conservation and management.”

The Climate Award Leadership Award was established as part of the Obama Administration's Priority Agenda for Enhancing the Climate Resilience of America’s Natural Resources, which identified key actions across the federal government to support resilience of America’s vital natural resources and the many people, businesses and communities that depend on them.

For more information or questions, please contact Davia Palmeri at dpalmeri@fishwildlife.org
Posted by The Association of Fish and Wildlife Agencies at 6/07/2016 11:01:00 AM